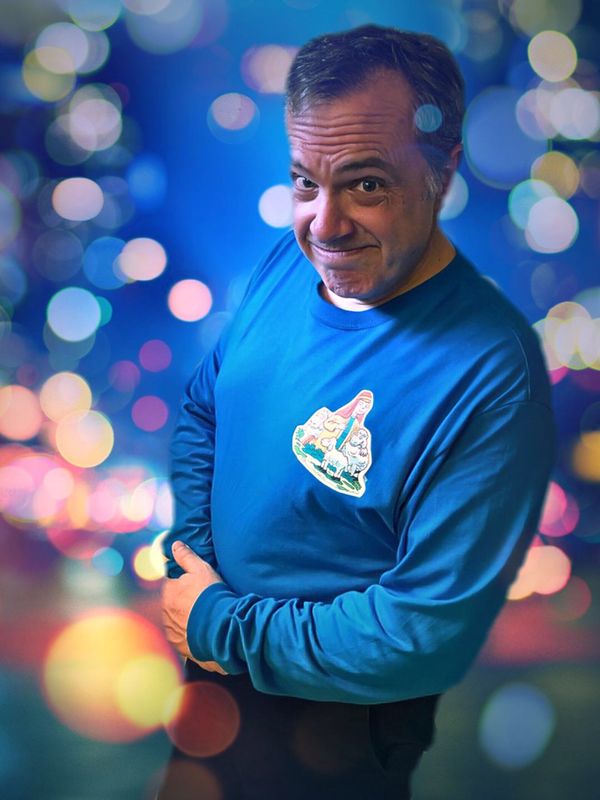 THIS PERFORMANCE IS ONLINE FOR ON-DEMAND VIEWING.*
Purchase a ticket for any listed “date” and you will receive a link to watch the performance between May 20th-23rd.

One critic called them “the dirty Wiggles.” Said their act of defiance was nothing short of blasphemy. Another referred to them as “purveyors of filth.” Saying their self-serving antics caused quite an uproar in the Christian community. But all these four, washed up, middle-aged comedians were trying to do was provide a little harmless entertainment to all those parents out there, who are forced day-in and day-out to sit through countless hours of mind numbing children’s television. What’s so wrong with that?

From a friendship forged during the stand-up comedy boom of the 1980s, four second-rate comedians become the wildly popular hosts of the Rising Gospel Television Network’s “Glorious and Wholesome Children’s Television Program.” Hoping to use the show as a stepping stone to television superstardom, time passes and they remain—twenty some odd years later—still waiting to take that step. After the show is cancelled due to dwindling ratings, a simple twist of fate gives them the opportunity to end their careers on their terms when they decide to get a little “creative” with their Christmas show. What’s the harm in that? It’s not like anyone’s going to watch the show anyway…right?

A Television Pilot based on this solo performance is gaining success at many United States screenplay competitions including: