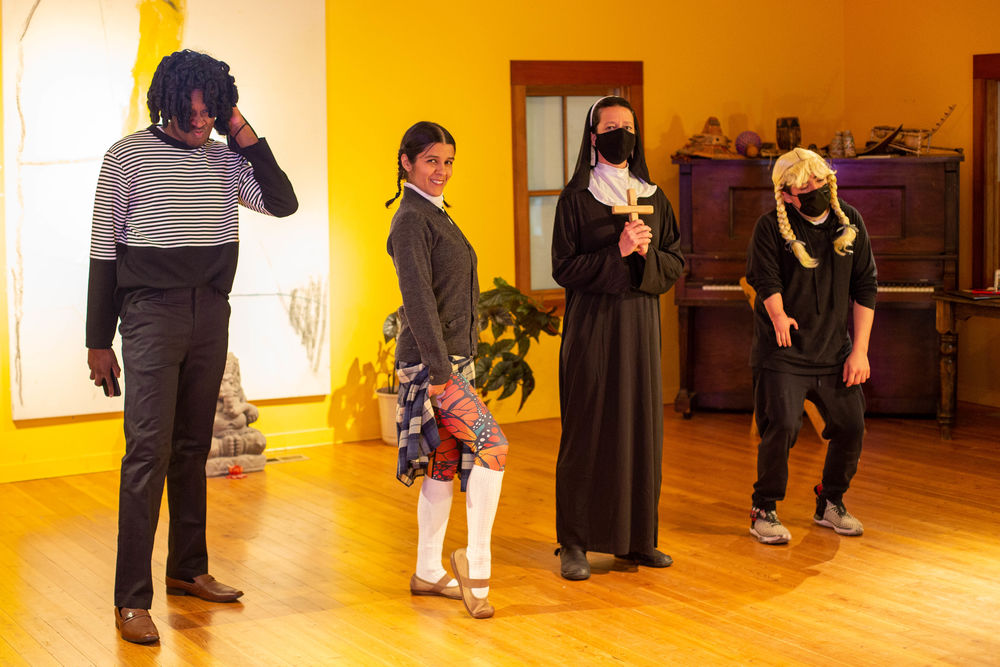 Imagination and the Monsters

THIS IS A LIVE EVENT
Moved to WestSide Theatre due to to weather!

Pandemic Players emerged from Free System/Sistema Libre, the baby of Heidi Junkersfeld, who envisioned an ultra-collaborative project involving several musicians recording an album which has already been launched online. In her vision, performing arts played an important part in letting new systems emerge. She made the move to call on three freaks willing to create something out of thin air. That is how Michael Beers, Jason Forges and Penélope Baquero joined her and Pandemic Players was born. Masks and social distance made the path to creativity a bit too long and we spent quite a bit of time figuring out how to do “it” and what “it” was. Four personal stories of interactions with the monsters of social conditioning, trauma, and healing emerged and thankfully, comedy infused our COVID informed process. We are bringing two of those stories to Big Sky Fringe as well as poetry created for Appreciate Color, a spoken word show created by one of our players in response to the racial uprisings followed by the death of George Floyd. Pigs and nuns, monsters of darkness and light, dance, singing, and strange humor give shape to Imagination and the Monsters. Audience participation is invited as the more we collectively face what ails us, the more chances of success we have at not letting the pain take over our hearts. Guest artist: Madeline Rose Finley.